Known by avid golfers as one of the most beautiful and most challenging stops on the Trail, Cambrian Ridge in Greenville lies just 40 miles from Montgomery. It is well worth the ride for any golfer looking for 36 holes of jaw-dropping golf. 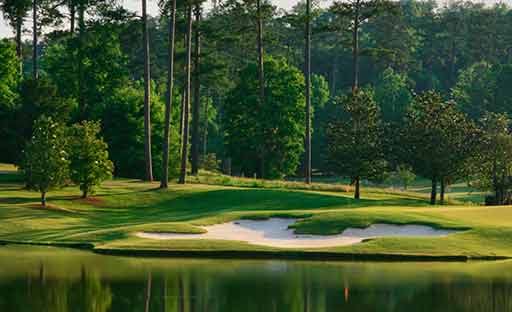 The Canyon nine, carved from former hunting grounds where deer blinds remain nailed to the hardwood, is a thrilling stretch of target-style golf. 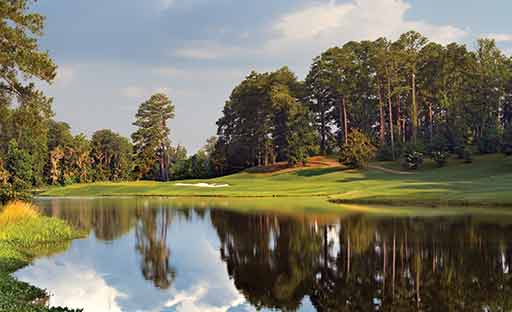 The Sherling nine starts at the highest point in Butler county and drops to play along Sherling Lake before culminating with a dramatic climb on the final hole. 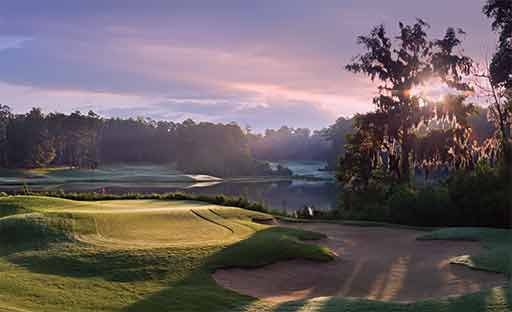 The nine-hole Short Course is a marvelous collection of holes laid out beautifully between a ridge and Sherling Lake, where water comes in to play on five holes.

Relax...coordinating an event at Cambrian Ridge is much easier than you think! Our staff has experience planning golf events that range from as small as a 16 player group outing to as large as a 300+ player corporate tournament, as well as everything in between. With the array of other options we can also provide, including food & beverage, contests, and scoring, our staff has what it takes to make your golfing experience match all your expectations.

But just because we are a golf course does not mean that is all that we do! We are also available for non-golf related functions, including weddings and receptions, parties, reunions, wedding/baby showers, corporate meetings...the possibilities are endless! Let us cater your event to meet your exact needs as you sit back and enjoy the beautiful landscape surrounding you and your guests.

Please submit the form below and a member of our staff will contact you.

Maintenance practices are weather dependent; changes may occur last minute as a result. Understand we will make every effort to follow the schedule presented. Please contact the golf shop to inquire relative to any adjustments.

The driving range will be closed for at least part of the day each Tuesday.